Brother Andy is a good looking, tattooed lad with a husky voice and a fancy hat. He likes good beer, deep conversations and northern lights. 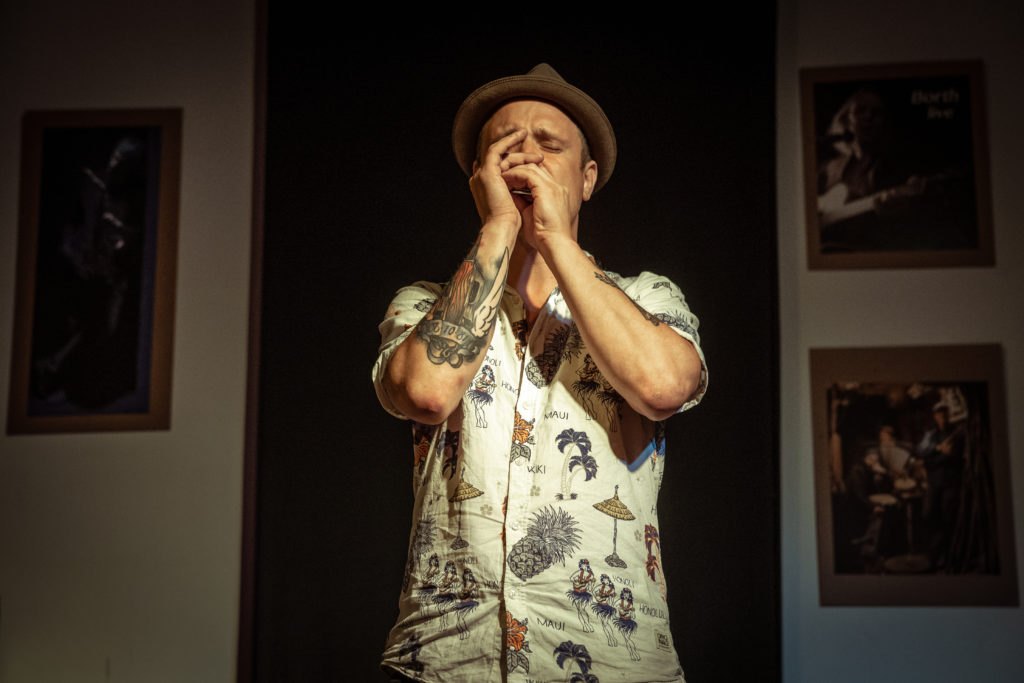 Which he’s able to observe a lot, up there in the northern outback of Finland, with its long nights and its high depression statistics. Maybe that is the reason for him writing this special kind of wholesome and dreamy blues music. And it was our promise to bring this music to Germany. Hendrik knew him well, since he recorded, mixed and produced his Album. So Andy was invited to Germany for some double concerts of Strainful Train and Brother Andy feat. Strainful Train. 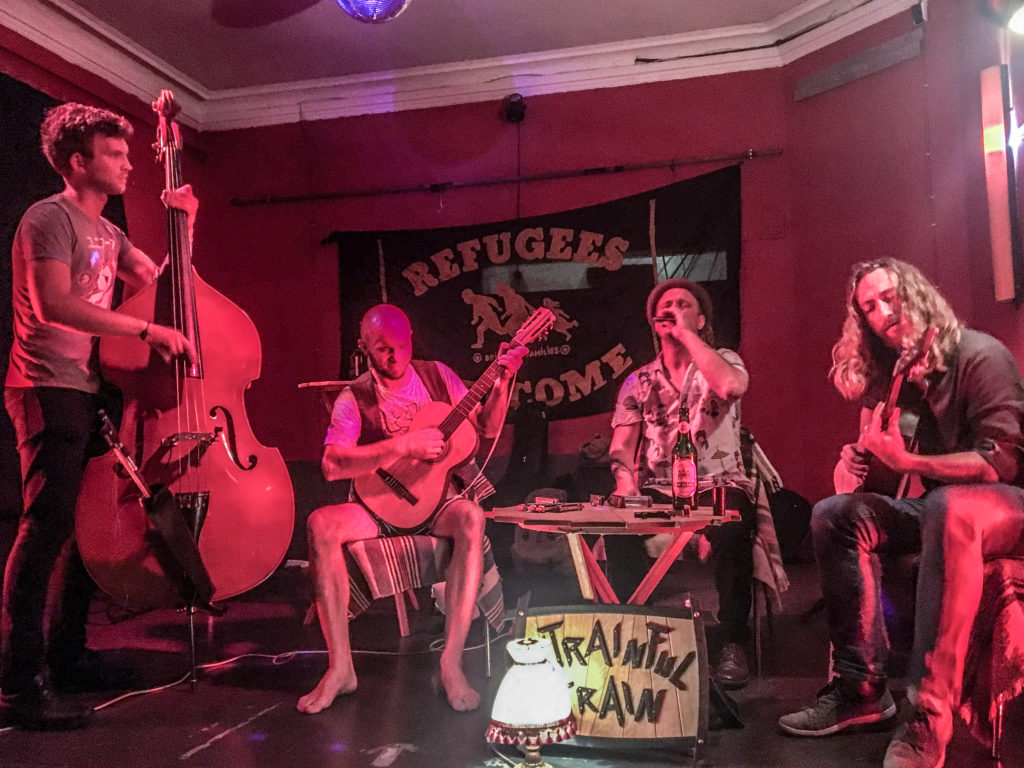 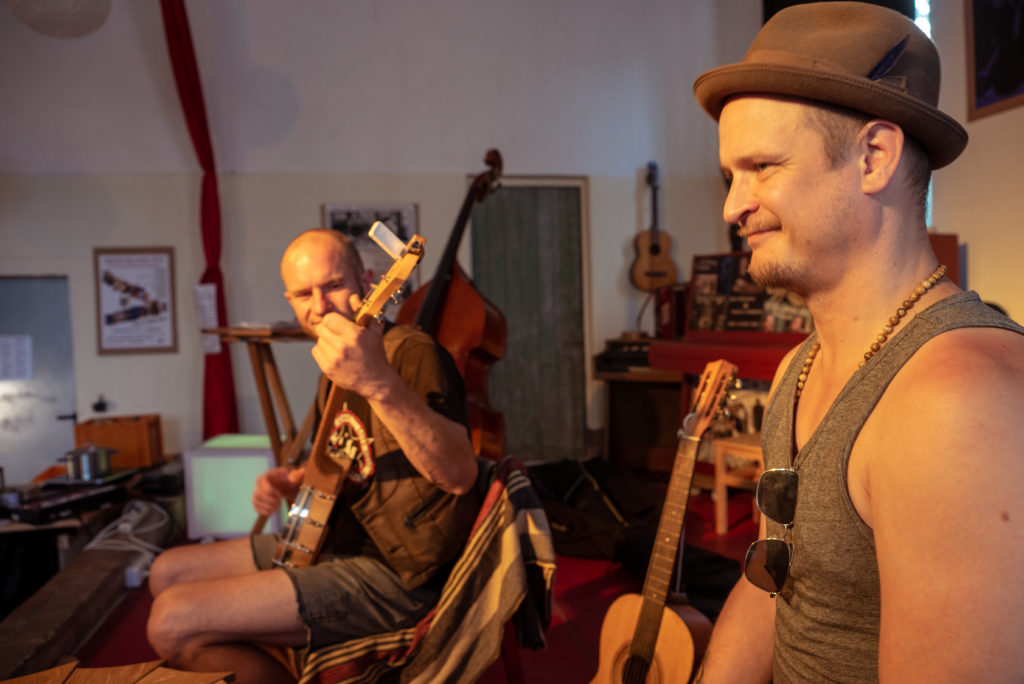 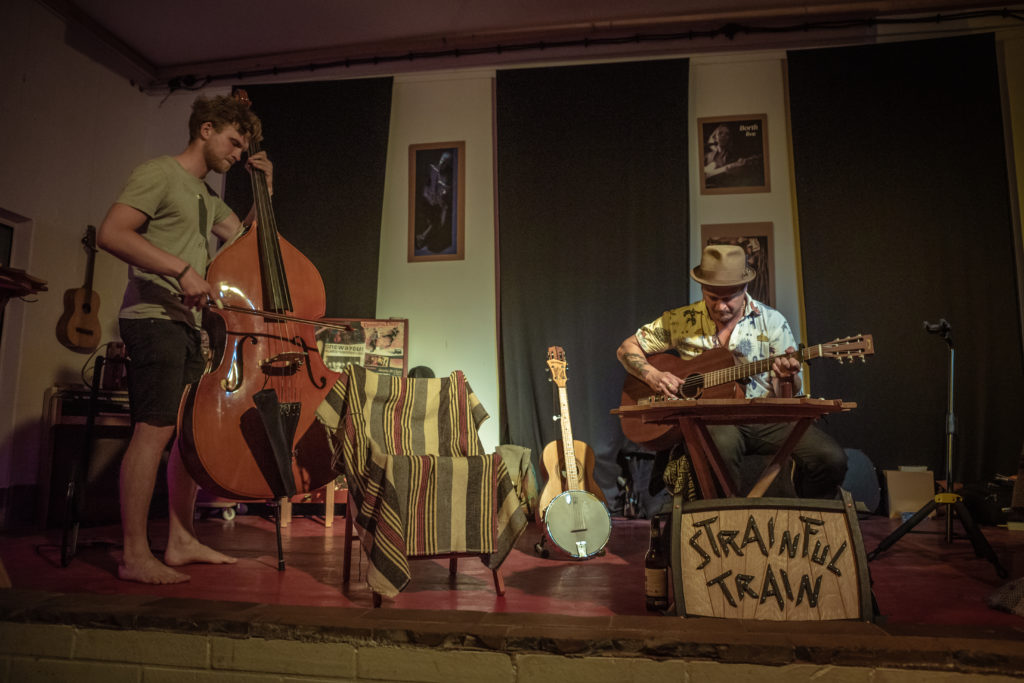 We’ve never played together with him, but the modern music business doesn’t allow doubts or rehearsals. So nearly without any preparation, a concert was arranged in the well-known retreat of Wismars freethinkers, the Tikozigalpa. And even though the most influential German musical reformer, Peter Maffay, was live-broadcasting his seventieth birthday in the local cinema at the same night, Brother Andy’s attraction enticed so many folk enthusiasts, that people had to peek through the packed doors to get a hint of his engaging stage presence. The concert was a blast and due to the already described insufficient preparation, we weren’t able to perform a proper encore. A problem, we were going to encounter at every of the three scheduled concerts of this weekend. The second one took place at the cosy cultural hot spot of Klütz, “alte Molkerei”, formerly known as “Café Miluh”. And the third one in the yard of a friend in Heidekaten, a village Benny is going to call ‘home’ in the near future. A little stage was improvised by a few euro pallets and an old carpet, a few straw bales were hauled in front of it and the whole village was invited. It was a beautiful night; the yard filled with people attracted by the sound of Brother Andy; the illuminated trees and the starlit sky created an atmosphere that put him on the spot. After all, we promised to visit him. And now we expect at least a concert below the northern lights of Finland. But until then, there is some work to do. Are you ready for our new album ‘IV’? We are. And are you ready for us? Because we are coming! See you next week on our tour through Germany! 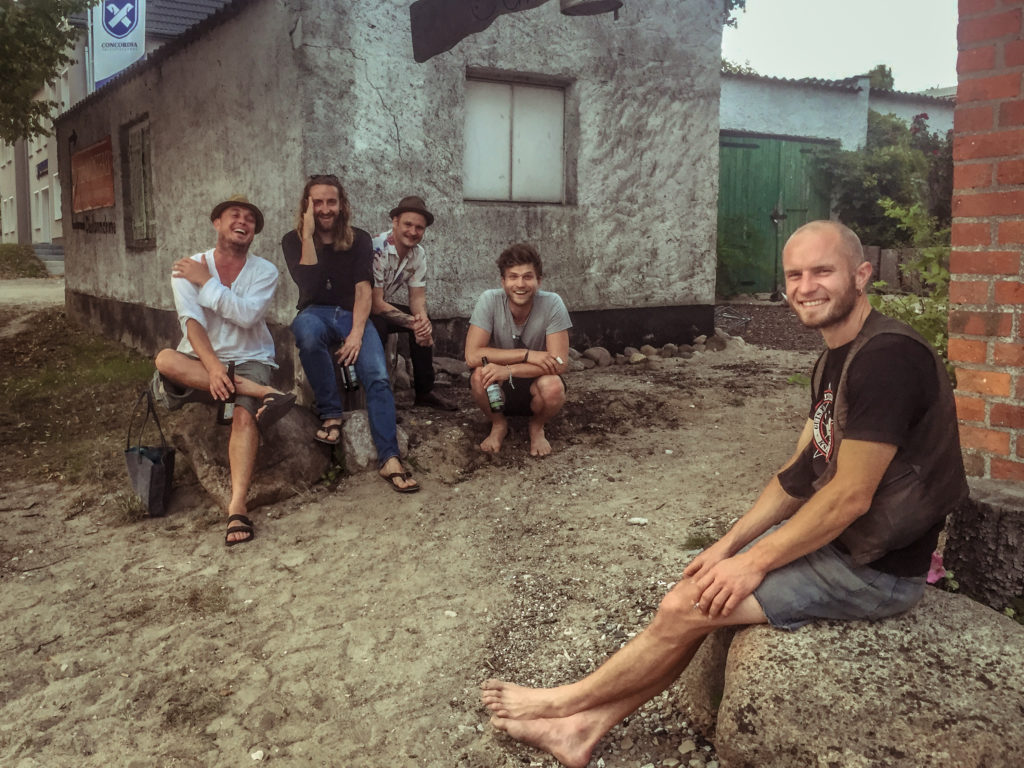 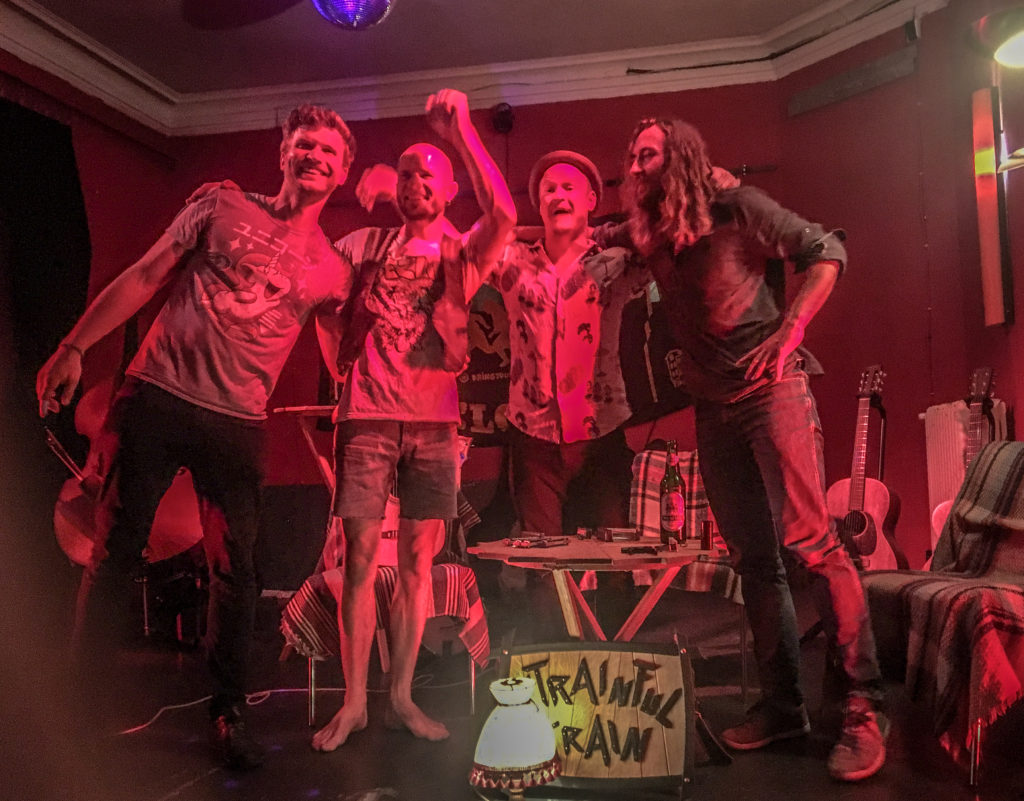