We had an appointment in Rouen, France. Le Saxo is a pub that shares the level of coziness with many Irish pubs we’ve seen on our travels. The owner, Patrice, was eager to prove the superiority of the french art of cooking and hospitality. 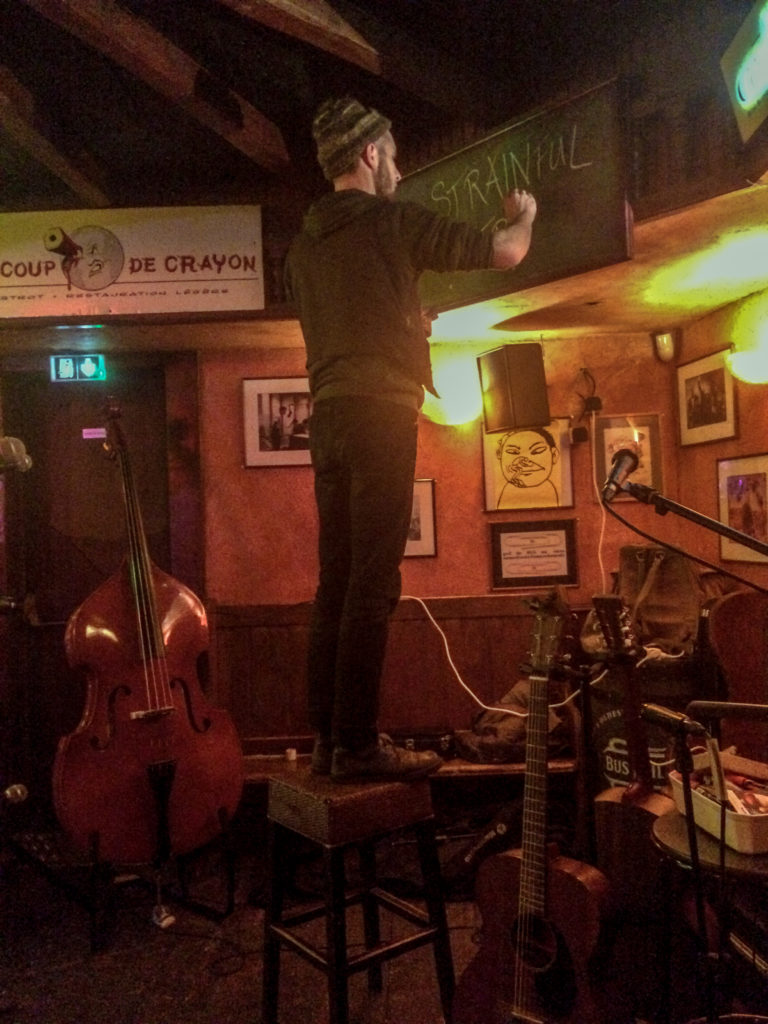 He did’nt fail. The whole band now officially counts as Neufchâtel-cheese-addicted. Endless wines, beers, some strange Schnaps and a concert later we left Le Saxo and headed to Elbeuf, the home town of our french patron, the initiator of the whole tour. I cannot praise this man enough: Stéphane. He has a Sean-like sense of generosity. We met Stéphane on our last tour in a rough pub somewhere in England. He barely knew us but invited us to have some gigs in France. After two days we referred to him as our tour manager. And like on a professionally organized tour, he even granted us with professionally organized concerts.  The whole thing, with a stage, technician, advertisements

throughout the city and an audience that came just to listen to our music. We even have prove, it was all recorded. And on top of all that: one of the venues was a boat. ‘Nuff said.
As a proper finale of the tour, we found ourselves on stage together with Stéphane’s Band, the High Lonesomes, and the Folk Revue at a Christmas Folk Party Concert. 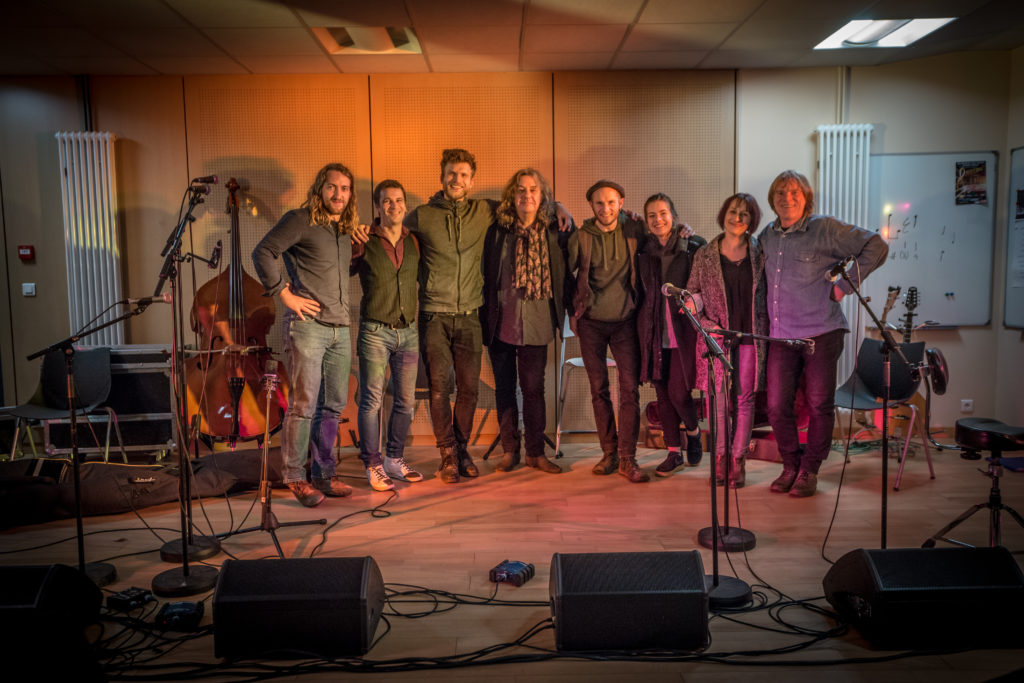 The venue was as good as sold out and the audience was so disciplined, you could have heard a needle pin falling. Unfortunately, we weren’t able to celebrate all this properly, since we had a 16hrs drive back home ahead of us. So we stuffed our pockets with Neufchâtel and Energy Drinks and said our farewells to this beautiful country and the musically rich year of 2017.

Here we are again. The folk squad assembled anew and threw their instruments into their allegiant, yet rusty, ride. Strainful Train was heading for the Netherlands, Belgium and France to massage the ears of music lovers and roots fans. Seven days of touring, but this time, much to Bennys dismay, without the chaotic/freestyle guerilla gigging here and there like during our last tour. Every day is strictly, germanly planned, structured and prepared by our organizational talent Hendrik. And there is another difference to the last tour. The new album is freshly delivered from the CD factory and ready to be spread amongst all those who care for handmade music or simply need an awesome christmas present. Unfortunately, after three hours on the motorway, we noticed that we forgot the CD’s at home. So we were out of merchandise even before the first concert, which also sounds cool.
Nevertheless, we arrived in Amsterdam. It has changed alot since the last time we were 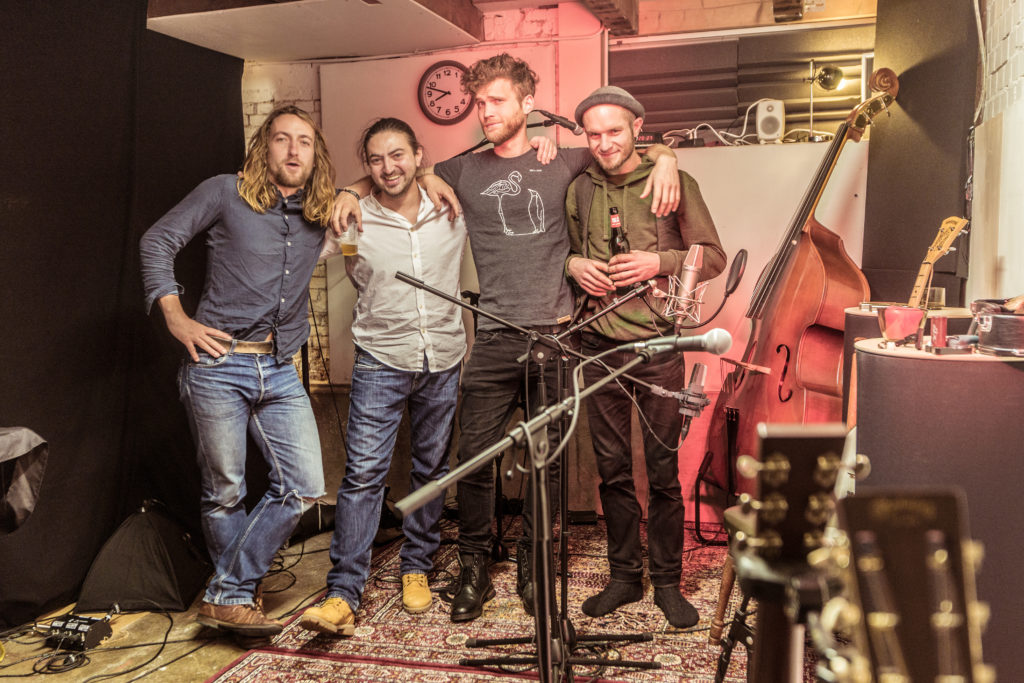 here. Temperature-wise. Equipped with long-johns and old men blankets we made it to the freshly refurbished studio of our dear friend Pietro Rossi. With a little help from his pals, we recorded a fancy live session at Red Stone Productions. We will keep you posted about the final video-& audio production. 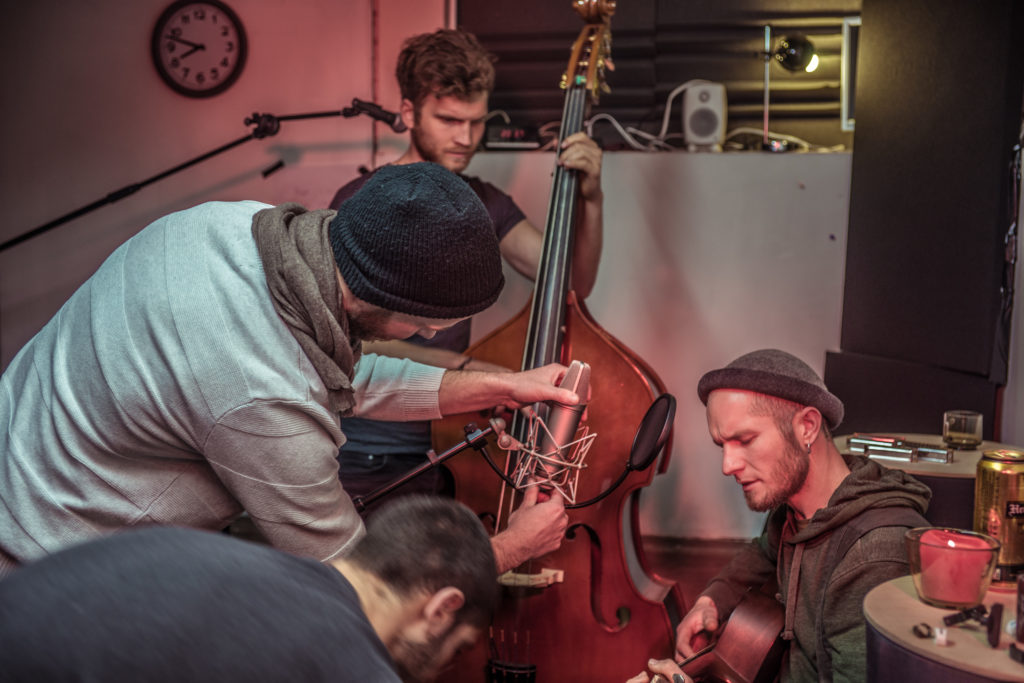 While we were in Amsterdam, we had to give our friends in Bajesdorp, the squatted jail, a
visit. It seems like the dutch people are easily intimidated by snow, schools were closed, flights cancelled and nobody left their house to see our concert. We still had a great night though, they do not care so much for closing hours. 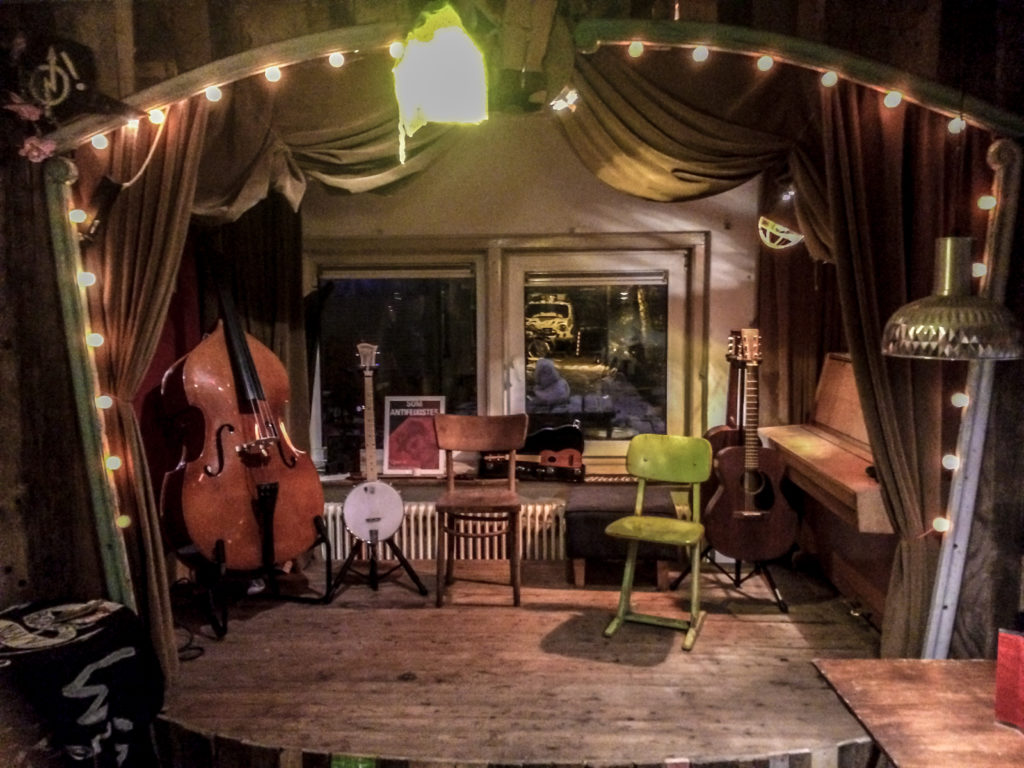 There was no time to lose, a week is short, so we set over to Mechelen. We’ve also been here before, Kafee Zapoi had hosted us on our last tour. We were greeted and hosted by two loveley Belgians Joko and Jeff. It was a nice Pub Session, even our dear friend Steven Troch jumped in and performed some magic tricks on his harmonica. Also the Zapoi is not too strict about its closing hours. The next morning we left Mechelen hungover and tired but pleased and with a trunk full of Chocolate Milk (thanks for the supplies Joko&Jeff). Next stop: France!