We were welcomed at the lovely home of Hendriks friends Caroline and the other Brian somewhere west of Dublin. Their living room was occupied and prepared by us for the magical moment, the first musical gathering of the whole band. Percussion and Fiddle have never seen each other before. And magical it was. Denise’s soft and fragile violin tones danced around Brian’s ecstatic Bodhrán rhythms and for a short moment there was harmony and world peace in this living room. I was amazed and you will be too, when you listen to that future album. But first, there was still much work to be done, the material had to be worked out by everybody, we needed to practise a lot. 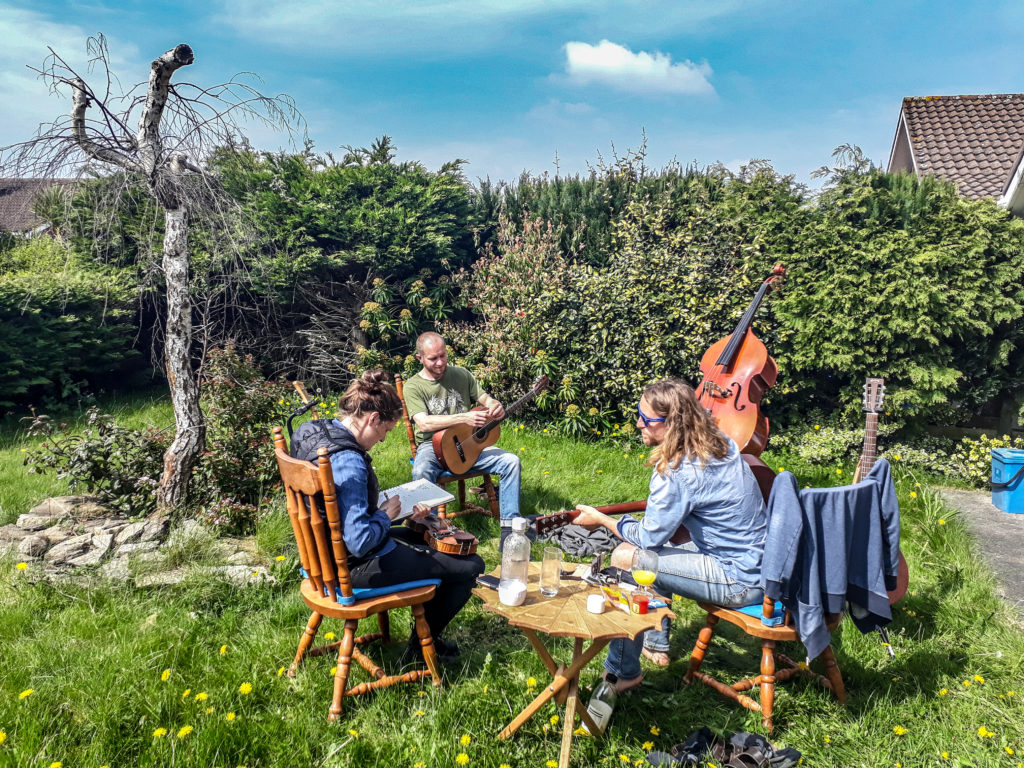 For example in Denise’s garden, the neighbours seemed to be okay with that. We also used some live sessions at different venues to massage the new songs into our minds. Some of you may remember Lahinch, the surfer village on the west coast, where we played on every available stage two years ago. Brian lives not far from there and we made good on our promise of the German invasion. We took over his house and rearranged the complete interior into a perfectly improvised studio. Including special sound features like the dripping of a leaking cistern, the occasional barking of Molly and Silo and the rattling engines of passing tractors. 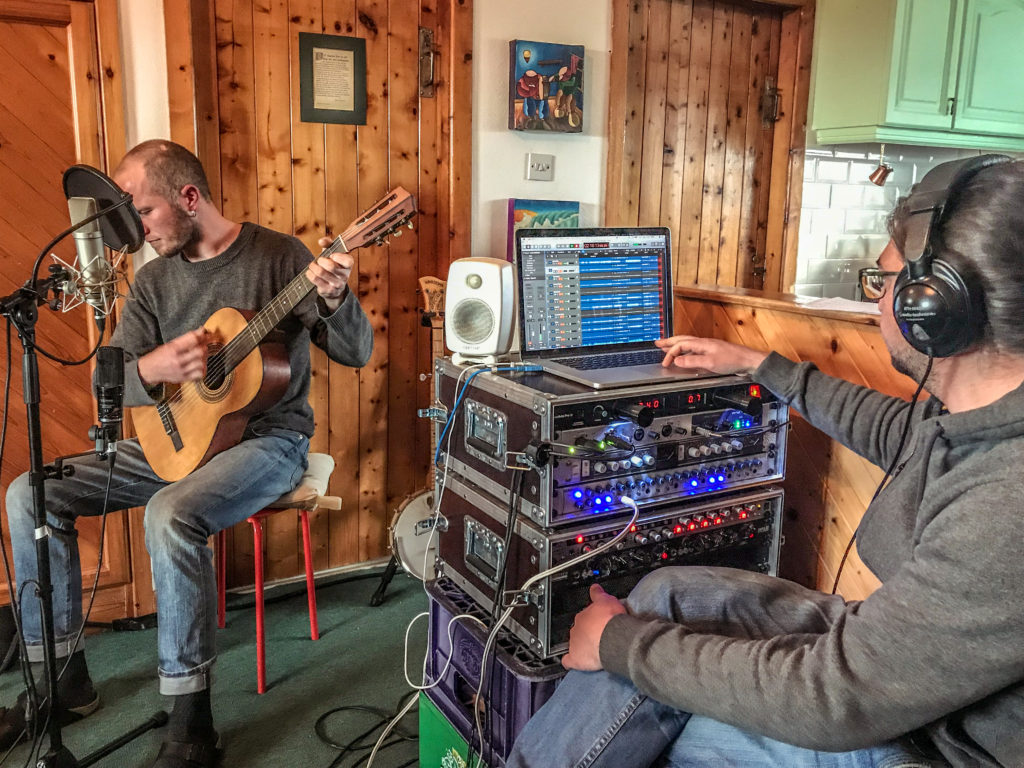 Pietro, the godfather of sound, arrived a day later with some neat microphones with the worth more than a used sports car in his backpack. From now on we had four days to record 10 tracks. Let me explain how such a recording day looked like (warning, change of time form ahead): When the first birds begin to sing, Benny opens his eyes, welcomes the beautiful day, smears a wee bit of earwax on his shoes and goes for a morning stroll. Since everybody is still asleep as he returns an hour later, he begins baking bread for the breakfast. 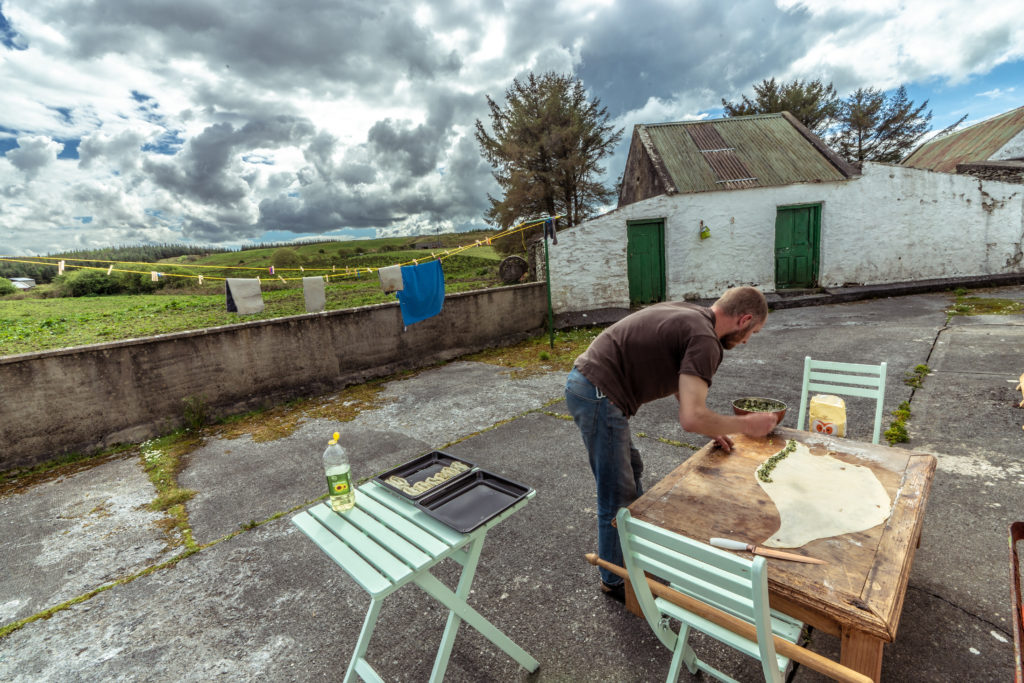 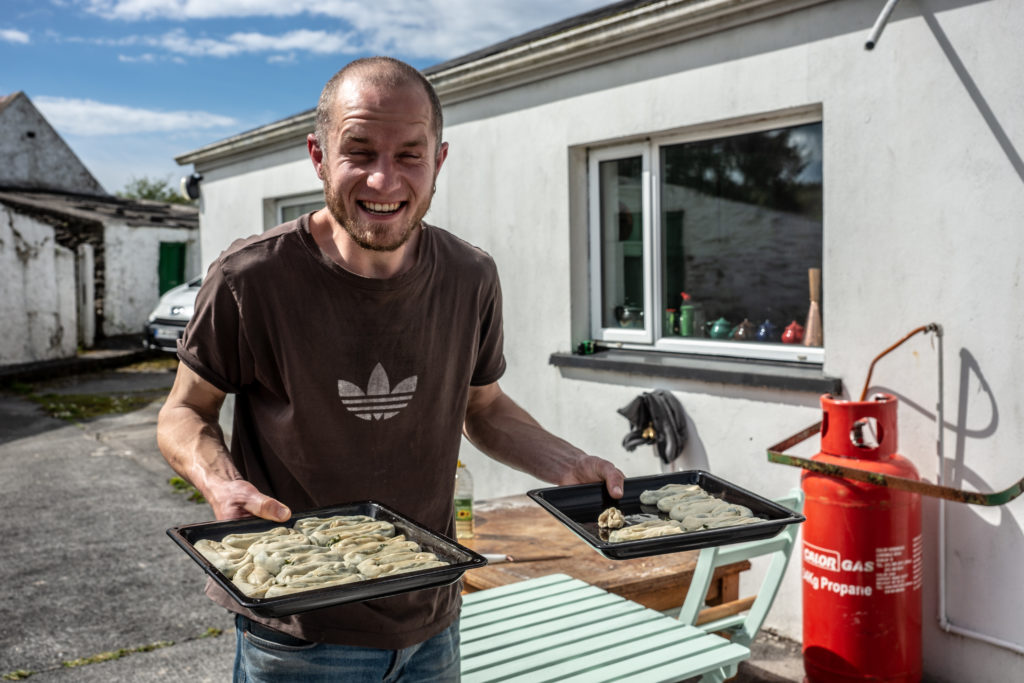 to get rid of his hangover. Benny just keeps on killing time by fixing stuff in the household until everybody is sitting at the breakfast table, the last piece of furniture we allowed in Brians house. By now it is usually around 12. After the feast everybody takes their position in the “studio” and the recording begins. 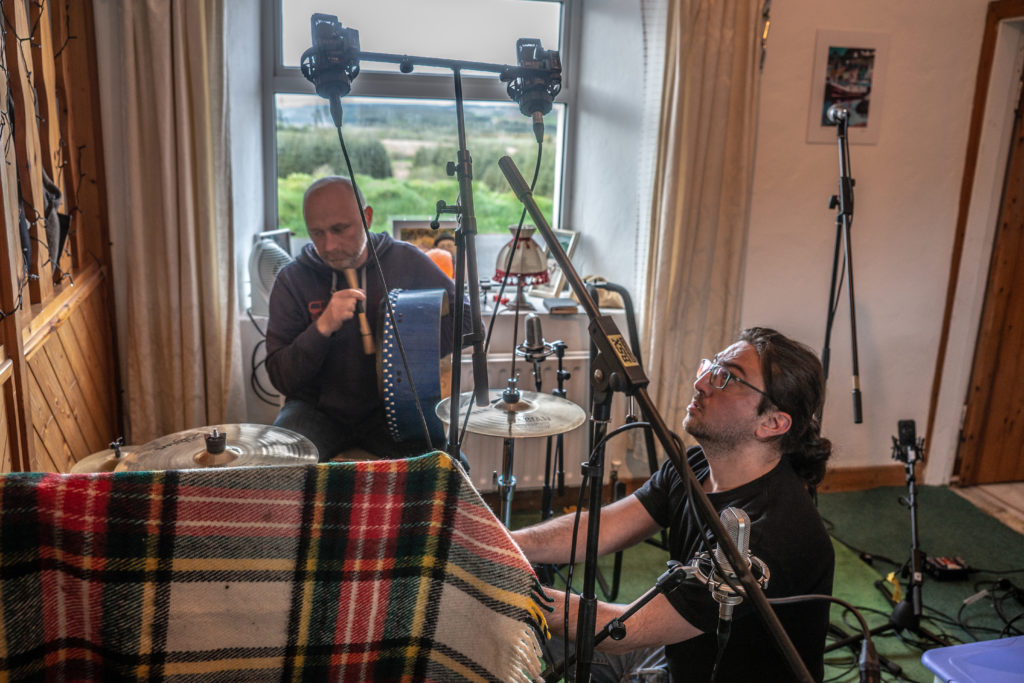 All the songs are being recorded live, which means every instrument plays at the same time, if somebody screws up, the whole take is for the trash can, like a business adminsitration degree. This puts quite a bit of pressure on the musicians. As soon as the recording starts, you can see the sweat running. And when the last tone is dying away, everybody is nervously checking the faces of the others for signs of guilt. 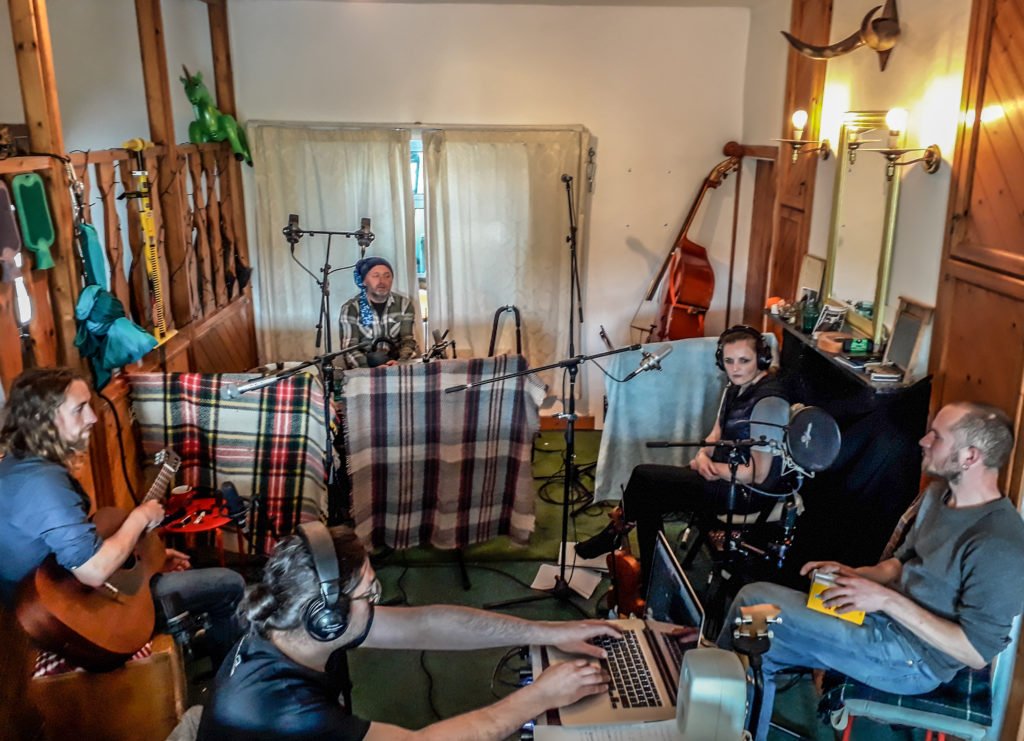 When nobody declares him or herself guilty of screwing up the take, the headphones are put on and the material is checked in detail for traces of screwups until the culprit is exposed. This procedure is repeated until the sun and the mood go down. A few beers and a cigarette for dinner and the day is called a day.

I do not want to hide, that there have been many difficulties in the process, but due to Brian’s immense project management skills, Hendrik’s persuasiveness and Tim’s outstanding cooking abilities, 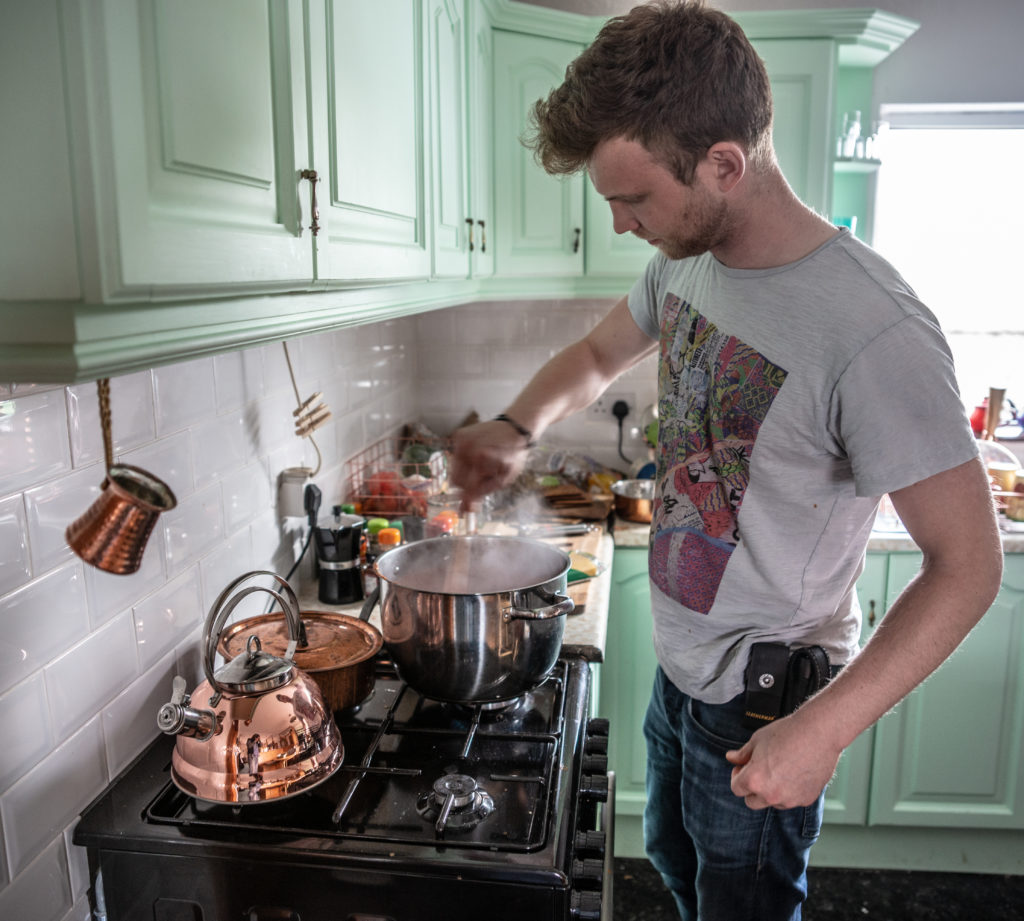 we had a full album recorded, before the week had passed. We returned to the beautiful Egan’s Bar to celebrate the outcome and have a little farewell concert. The pub was packed and even the nobility showed up, King Sean honored us with his presence. It was a wonderful night, now we had everything we wished for. 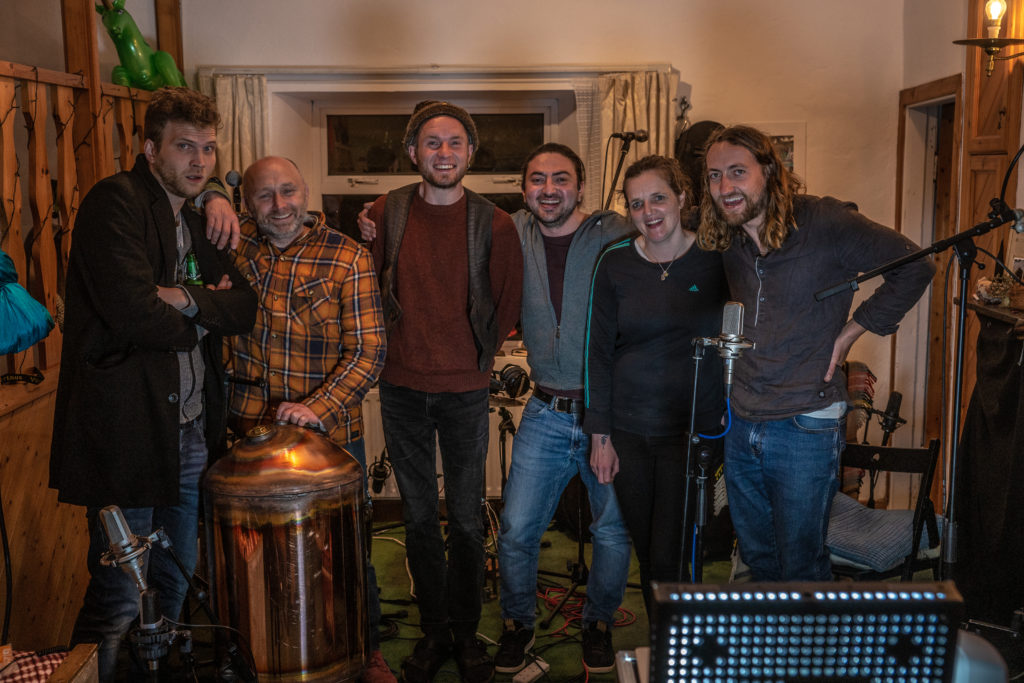