It began on a cold Thursday evening. Somewhere in Western Germany, we waited at a parking lot in the shadow of an ancient monastery. It was our meeting point and we were on time. Nobody said a word, we were nervous, we were not used to the Prophet being late. Did he have an epiphany that made him  change his plans? It wouldn’t surprise me, “the one who shines upon all”, as his cult following call him, always forged his own destiny. But suddenly he stepped out of the shadows. His ibex wool hat and his sturdy jacket inspired awe and deep admiration and his face was smiling warmly. He said “It is time, my friends. Let us begin our journey.” And so we did. 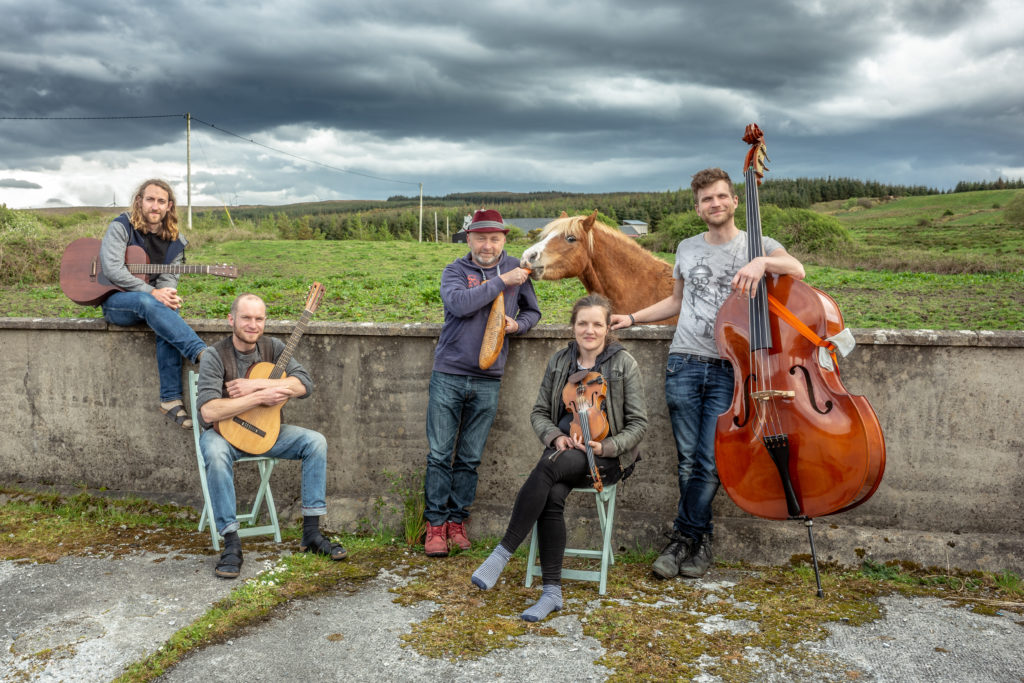 We were back on track again and here are the naked facts: Hendrik had reactivated all his contacts to Ireland to organize a new album recording with local musicians. The congenial percussionist Brian Fleming was willing to add his magical Bodhrán beats to our tracks. And we were elated to hear, that the lovely Denise Boyle and her fiddle were there to support us. To make everything perfect from the technical perspective, our dear friend Pietro Rossi from Redstone Productions got appointed the responsible audio engineer. 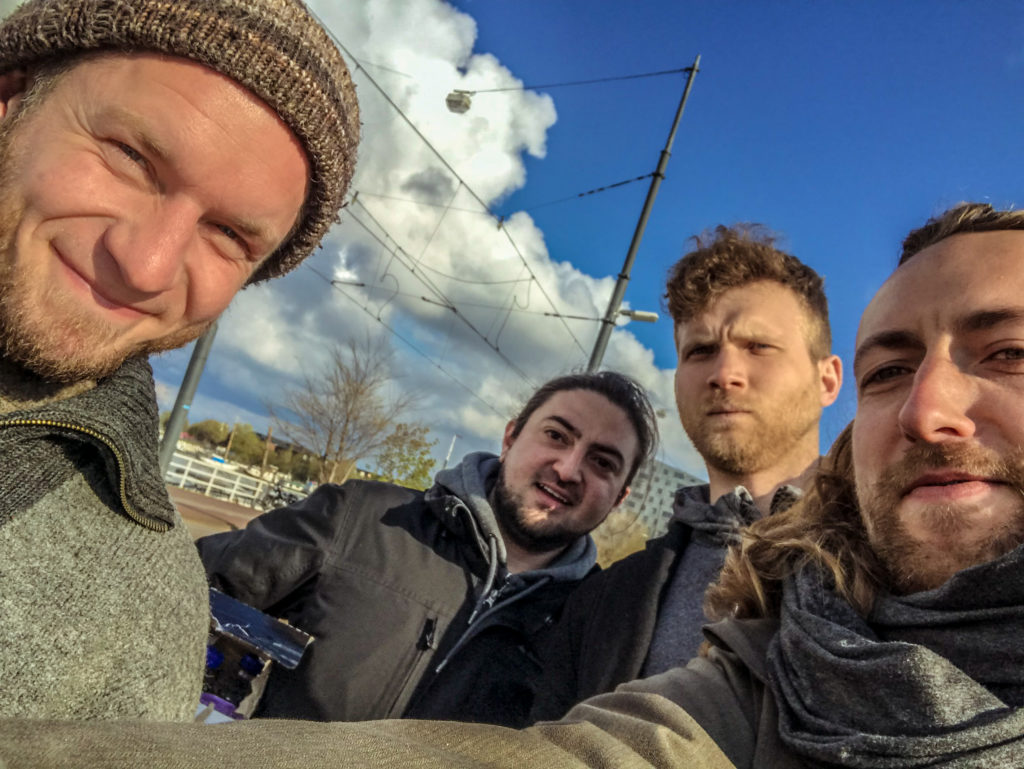 The gear for the recording was professionally prepared by him, whoever is interested in technical details of his preparations can check out his vlog he did for this project:

We stopped over in Amsterdam to pick up the gear. And nothing else, Amsterdam is boring and not worth a visit, we spent two days there and we did absolutely nothing worth mentioning so lets skip this topic.

The old route to Ireland via Great Britain was blocked due to the dawning Brexit like the road to Fuchsia City by a sleeping Snorlax. So we decided to bypass this erratic country by ferry from Cherbourg. We weren’t able to cross France without filling up our cheese supplies. We annihilated the supplies of Neuf-Chatelle in a little French countryside supermarket. From now on, everytime the car was opened, people around randomly passed out. Hmmm, I love the smell of moldy cheese stored in a car parked in the sun.

We spent our ferry ride to Dublin rehearsing at one of the ships public areas. 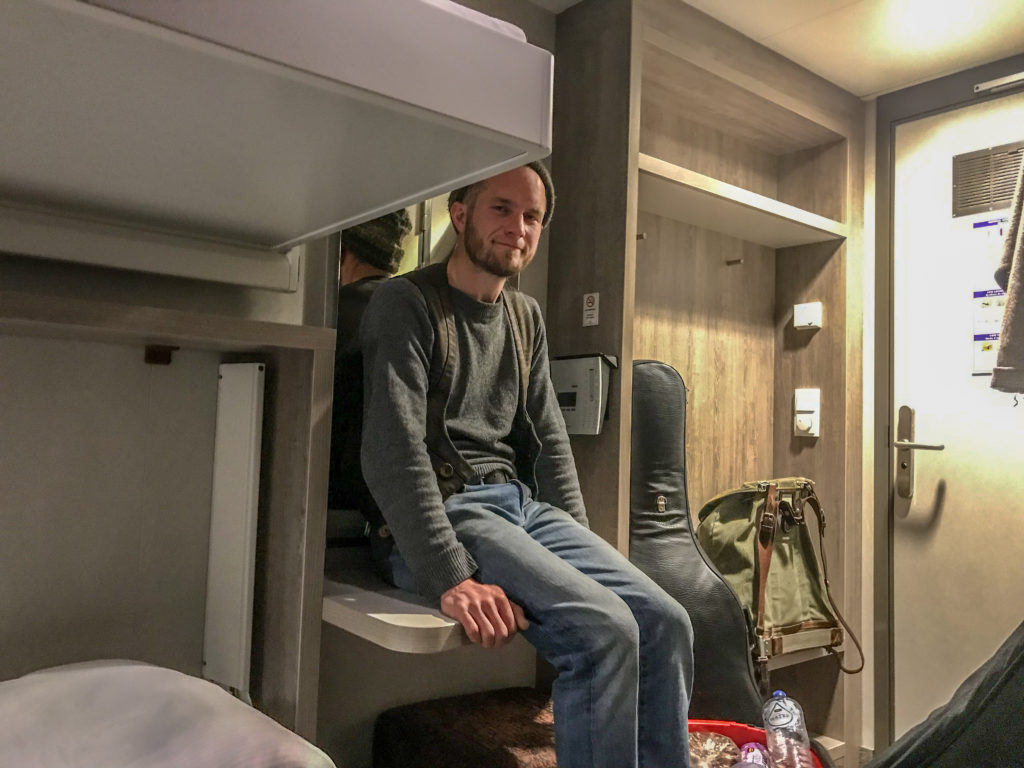 People seemed to like it, we were bought enough beer to have problems distinguishing between the strong swell and alcohol induced balance problems. To be honest, the swell was quite heavy, Hendrik was amazed (and I was shocked) how deep red the area of our ferry route was on his wind speed app. Even though I had cause for thought during the night, we survived the trip and reached Dublin the next morning. A few neglected rights of way later we adapted to the left-hand traffic and headed to our first gig in Newbridge. The McDonnells bar is one of the most visited bars in the area. Even on a Monday evening, there were way too many people in the audience for our small sound system. After some complaints that the loudly chatting folks on the other side of the bar couldn’t understand Benny’s poetic lyrics and we should pump up the volume, we danced on the thin line between feedback problems and unsatisfied listeners. 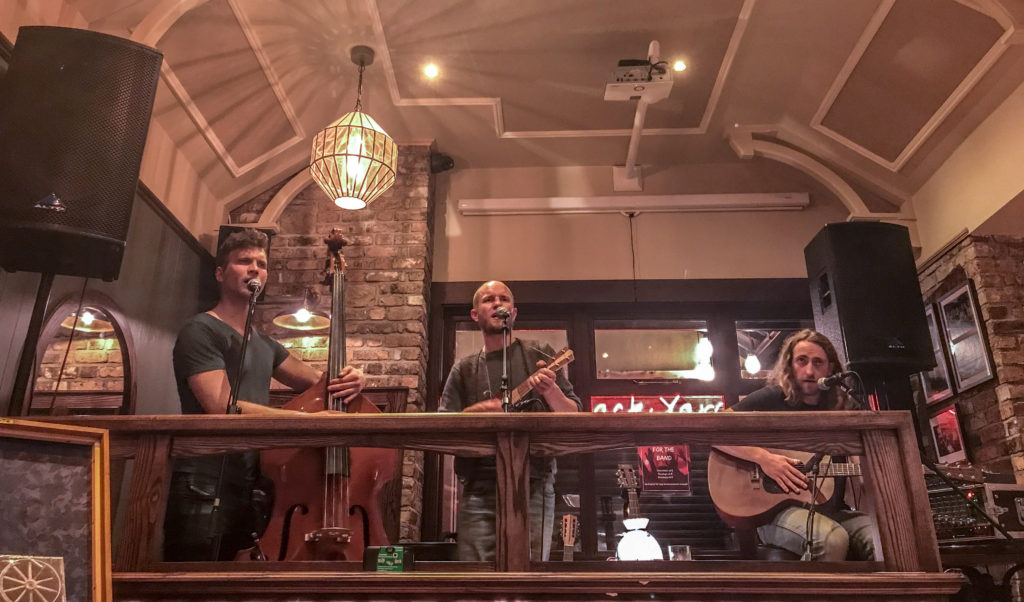 The concert was still good and our struggle was forgotten after the show, our beloved midland friends from the last tour showed up and we got invited to an after show party in a tiny micro kitchen. People got wasted, unpacked instruments and started to sing, it was the most compressed form of Irish lifestyle I ever witnessed. Unfortunately it also led to us heading for the first rehearsal with Denise and Brian, the event we all were going nuts about for the whole week, pretty hangover. 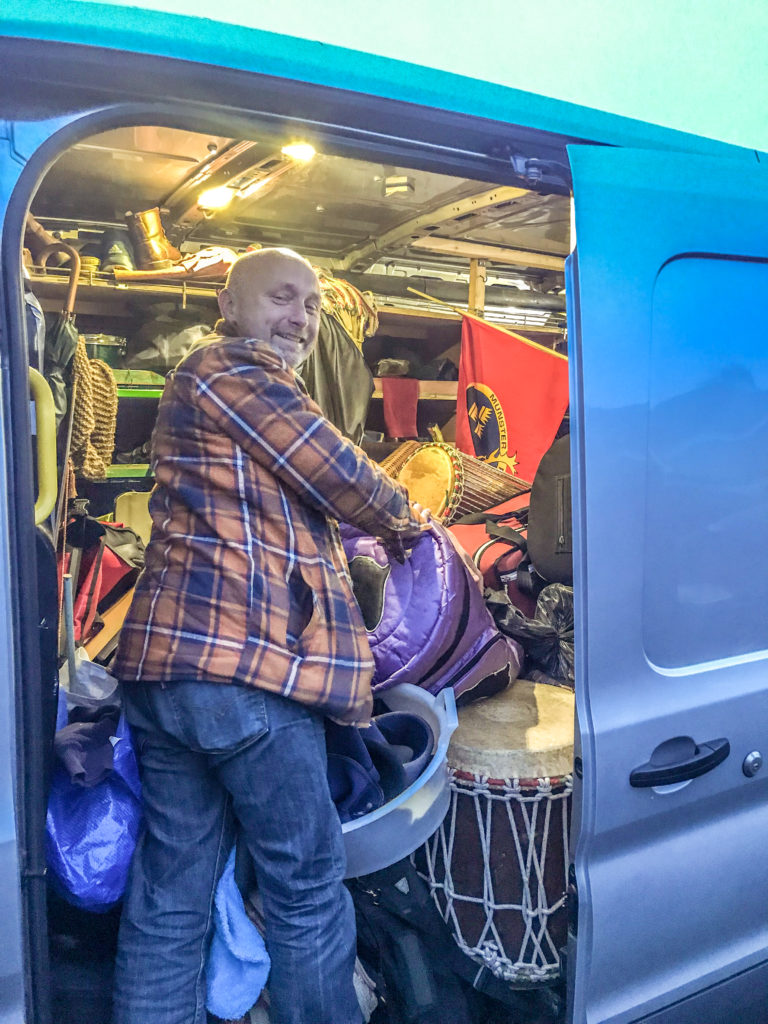 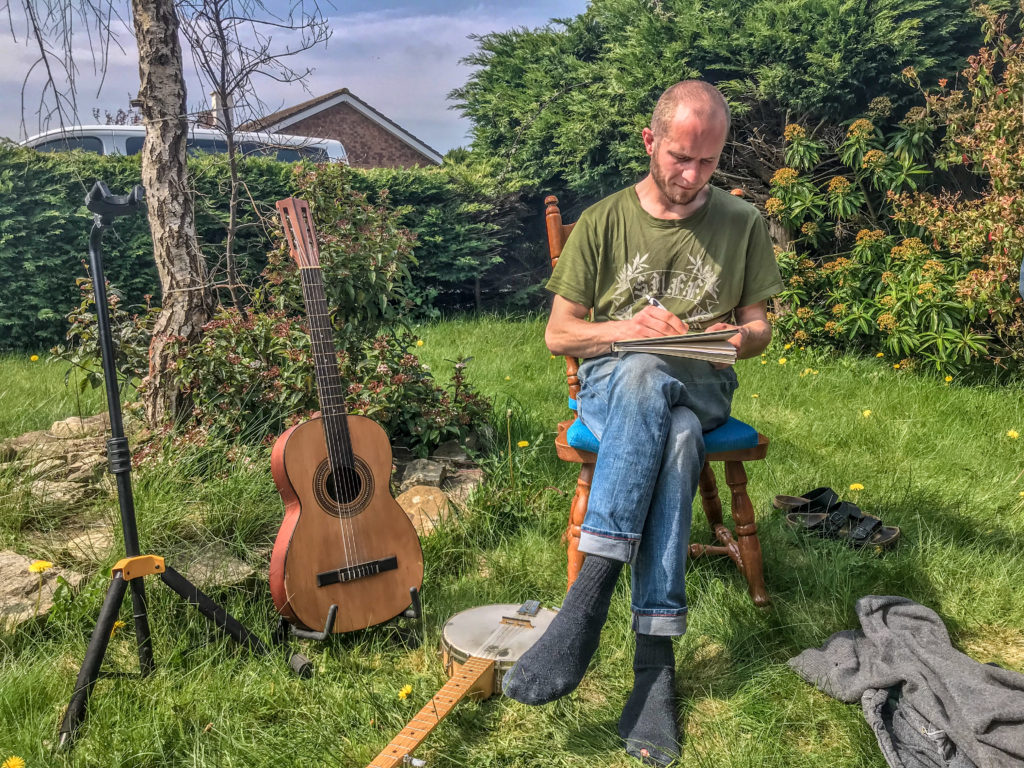 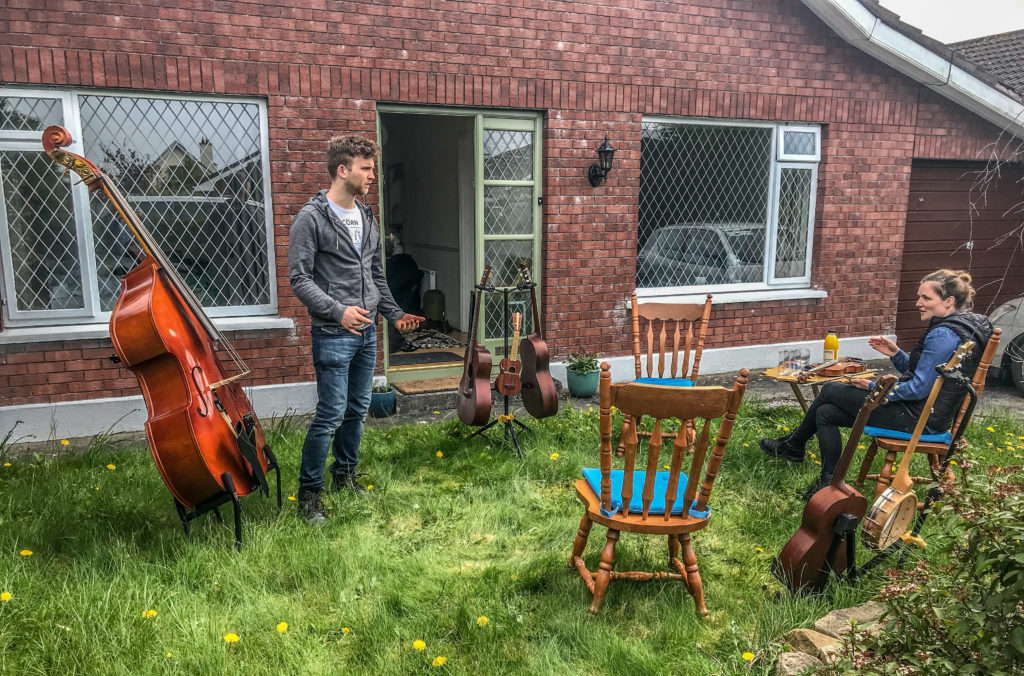 Will we make it? Will this album ever be recorded? Why does Benny smell so good? Stay tuned and you’ll find out.