Under influence of heavy intoxication, back at the wonderful Westcoast of Ireland, we made a deal with Brian. That he would have to visit us in Germany to play some concerts with us. Usually I do not trust such deals (in German we call them “Schnapsideen”). But there he was, with his beautiful bodhrán. We played two concerts in Berlin, those themselves were nice and well perceived, but the highlight was Brian himself, the one man show, entertainer and womanizer. He left a heartwarming farewell message (yes, our paths will cross again) and went back to the wild west. 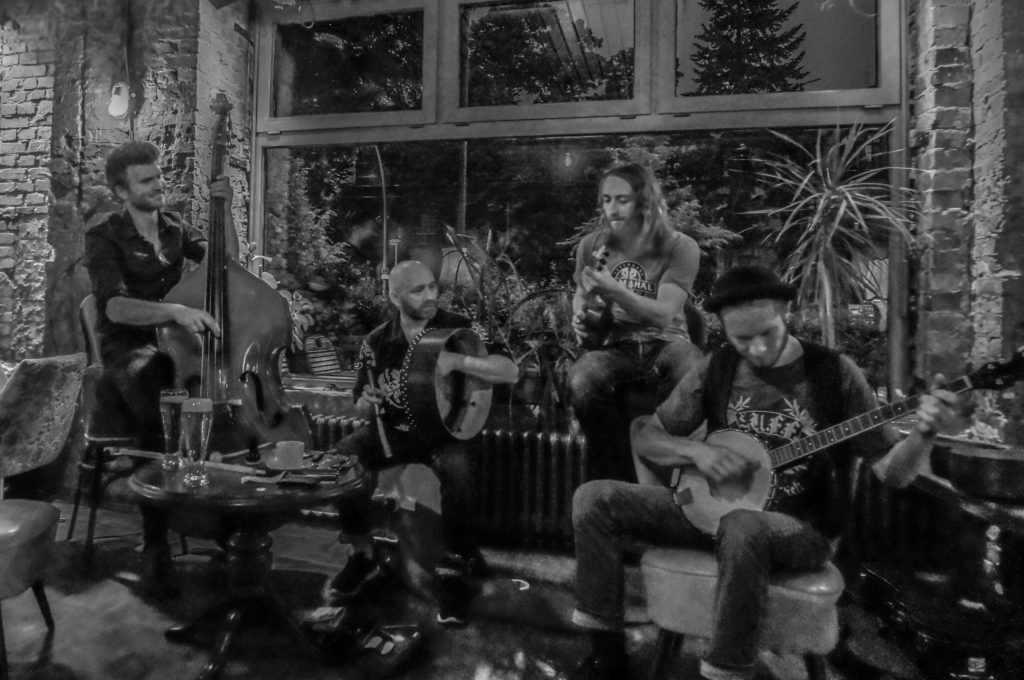 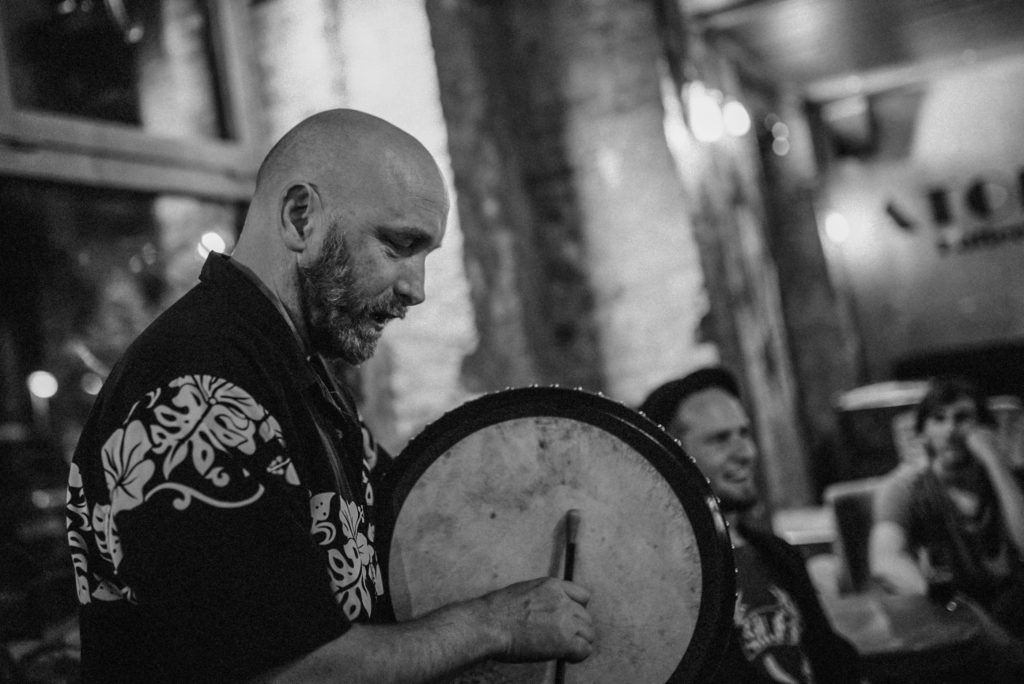 And there still was one unsettled circumstance, that kept Strainful Train awake in the nights: we did not get our second gig in the cultural epicentre of Europe – France. Luckily, our friend Alex wanted to spice up a concert and movie night he was organizing with some neat folk tunes. So we threw the upright bass in our allegiant ride, burned some gasoline for 14 hours straight. Destination: Paris. A tire broke and the french motorway toll drained our budget – it was totally worth it. Alex and his friends set up a stage in a movie theater. The people were watching us like a film, seated and with snacks on their laps. On top of all that, Mathias, an ingenious drummer joined in spontaneously at the end of the gig. There was a drum kit on stage anyway, so he threw in a perfect drum solo to one of our gypsie tunes. Weird but nice, perfect for Benni, who seems to be looking for new sensations lately. 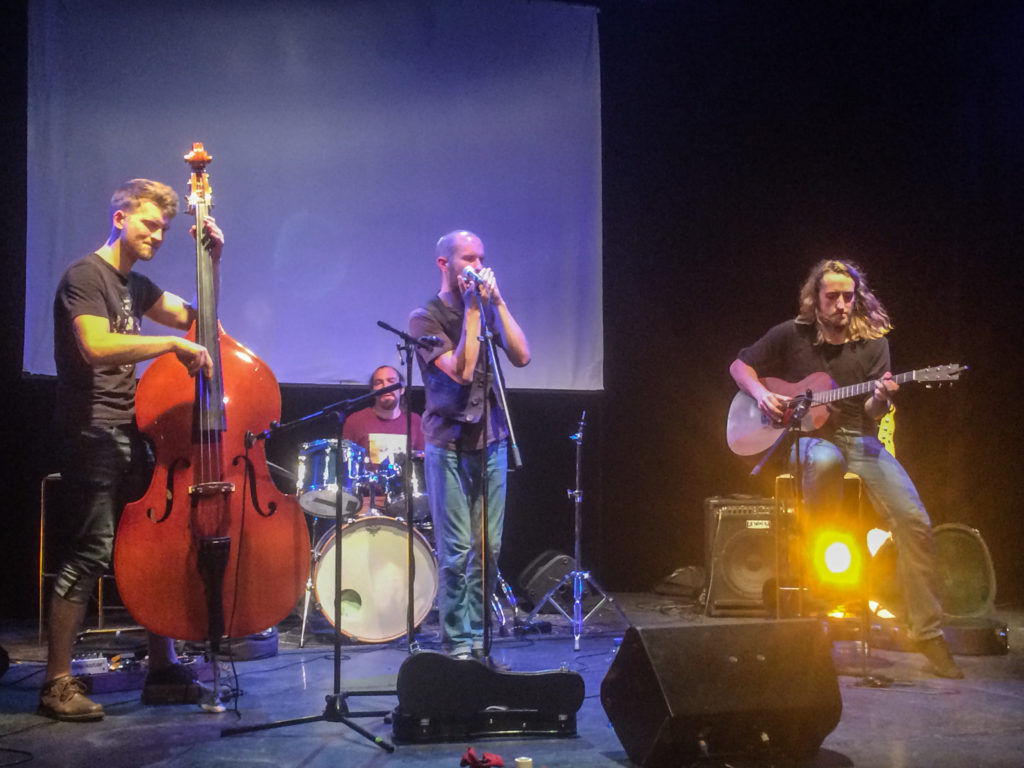 His demand was pleased even more in the following evening. Somehow we ended up on a tiny DIY festival somewhere in the undeveloped outskirt area of Paris. Much to Tims dismay, there were only Architects around. Those people are the natural nemesis of every clear minded engineer, like Tim calls himself. Nevertheless the night became unforgetable. We played in a camper, that was turned to a stage. Later that evening, a crazy inflatable installation was built up around this camper/stage and Strainful Train was superseded by Techno music. So we raved hard until dawn. Due to our brilliant powernapping-while-driving-abilities, we were back in Berlin just 24 hours later. Thanks, Alex and the leFlot homies for this great weekend! 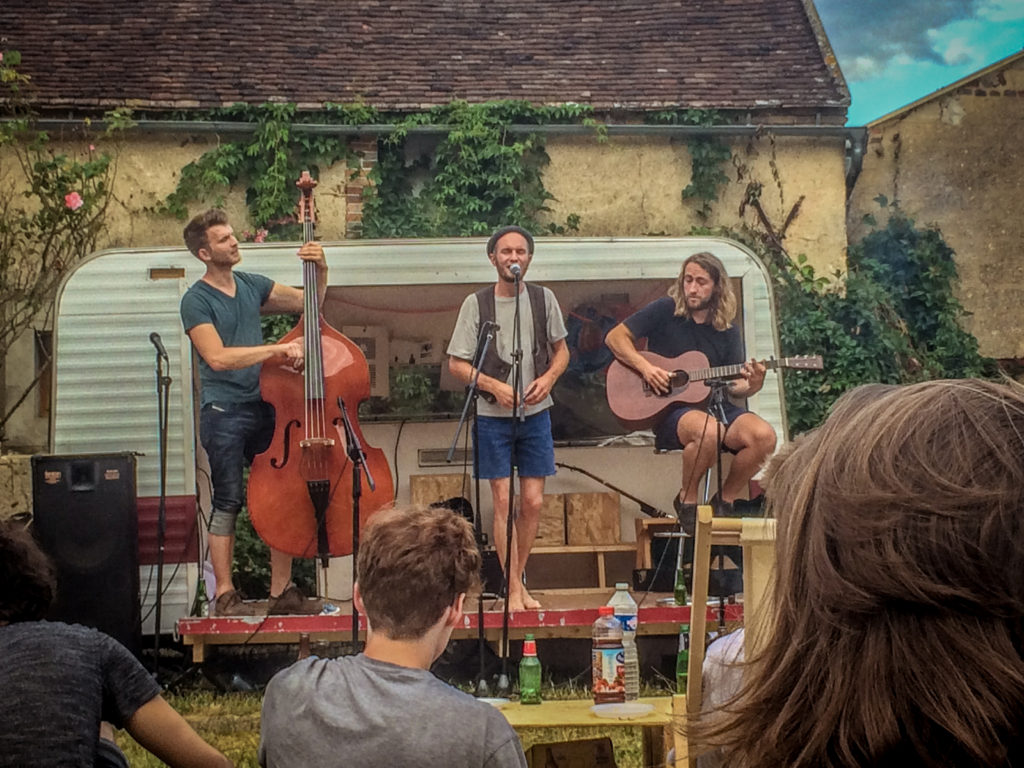 Whats up on the agenda?
Strainful train is working on the new album. It is going to be a kaleidoscope of roots, folk and gypsie sounds. And there is a concert in the UnterRock bar in Berlin, tonight. Come around an stay tuned!